This weekend celebrates National Grandparents Day. Its actually on Sunday 7th October but we have such a fabulous relationship with ours that we just celebrate the whole weekend!
This weekend though we’re looking at the weather and staying inside. We’re planning on locking day and indulging in games from our youth thanks to John Adams’ heritage games. The likes of Rummikub, Triominos and Othello! I can remember playing these not just with my parents but with my grandparents too! 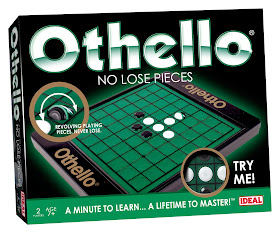 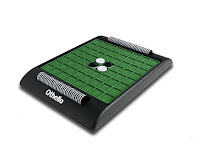 Othello is such a fabulous little game. It really is like the label says, it takes a minute to learn and a lifetime to master. As such this is the perfect game to play between generations. Simply trap and capture your opponent by placing your disks on the board and sandwiching your opponent’s piece to turn their disk to your colour! It’s a fabulous quick and fast placed game so even worth it to play with those who have wiggly bums and small patience! 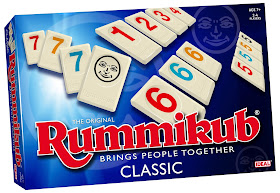 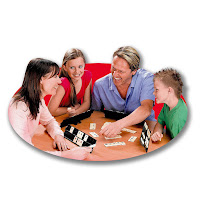 Perfect for the slightly older grandchildren Rummikub from John Adams is a great numbers strategy game which is difference with every play! Laying down your numbered tiles in groups – same numbers but different colours or as a run – same colour but 3 or more consecutive numbers you can manipulate the tiles already on the table to your advantage! I can remember playing this on numerous holidays as a multi-generational family and it still brings back some great memories! 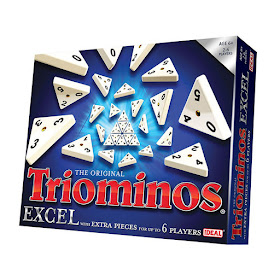 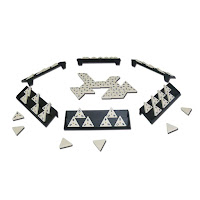 I haven’t actually played this yet but oh my gosh it looks like fun! Triominos twist on the standard well known dominos game. Just picture them as triangles tho! Its slightly more exciting though than dominos as every triomino is unique and needs a little thought where to place it to gain the player the highest score! This looks to be a fab game for all ages and looks like it’ll become a fast favourite!
So why not enjoy this weekend with your grandparents and indulge in some fun with John Adams!